The Image ExFluorer is a turnkey solution for live cell imaging and analysis platform that enables to observe and capture cellular dynamics over the time with flexible fluorescent microscope.

It brings an advanced level of automated microscopy with high-end components equipped in the system. The featured options and modules provide flexible scalability to address your research needs with wide range of filters and objectives in fluorescence, brightfield, color brightfield, and phase contracts imaging channels for maximum application reach.

In particular, integrated environmental control system allows successful live cell kinetic imaging with mimic physiological environment including containment of CO2, O2, and humidity control and monitoring.
Our systems for high-contents imaging and analytical tools are highly tailorable and making it easy to evolve your system alongside your research quick and effortless. 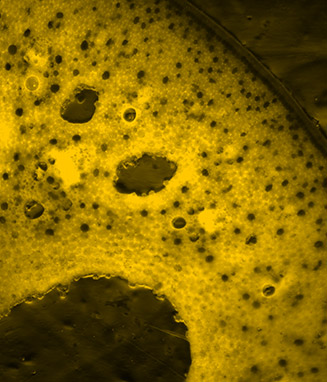 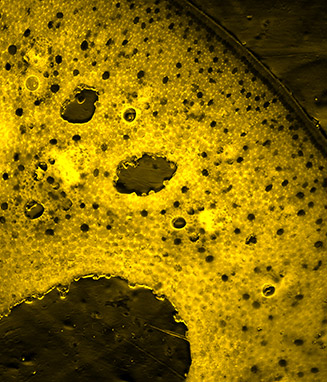 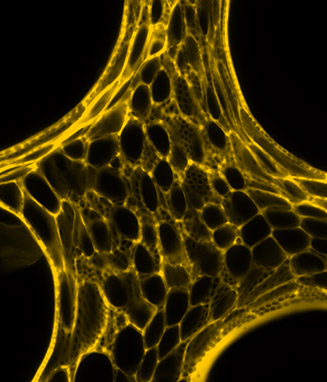 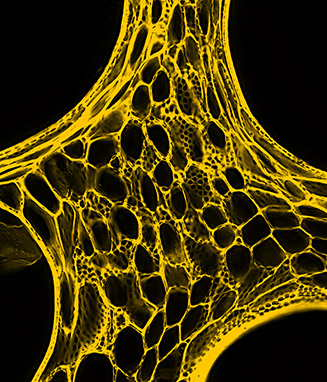 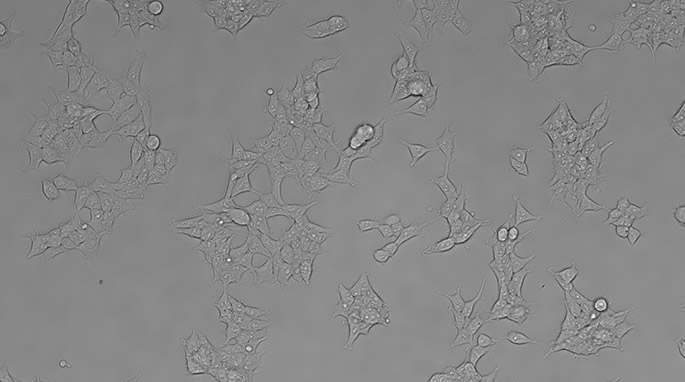 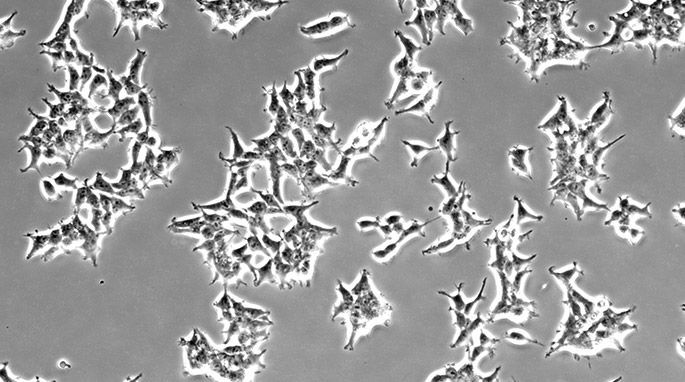 Predicts high SNR images in the form of fluorescent image even under non-fluorescent or low concentration fluorescent labels.

By contrasting the signal differences in low contrast images, the blurry part is removed, and the high signal part is reinforced to reconstruct the image with high clarity
Application : Cell count, Cell morphology, Cell tracking etc. 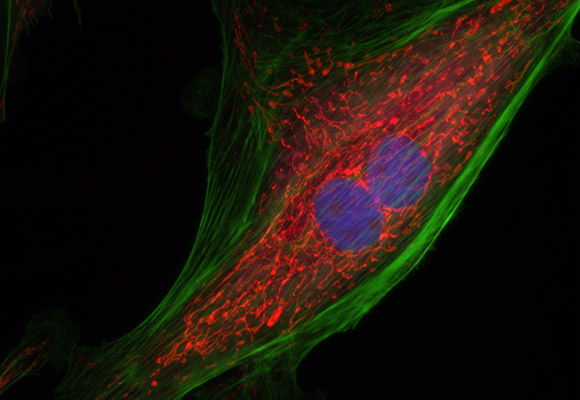 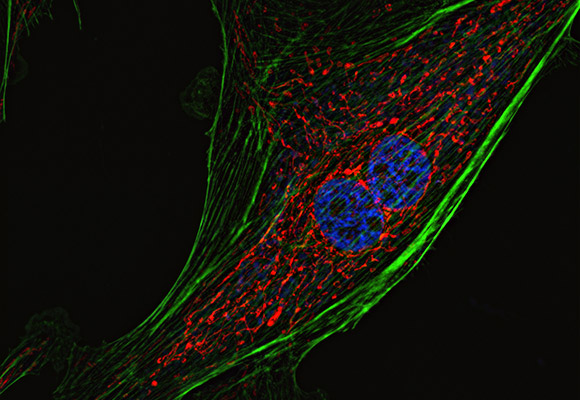 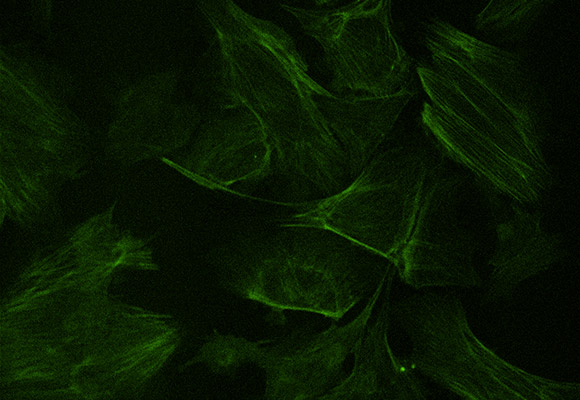 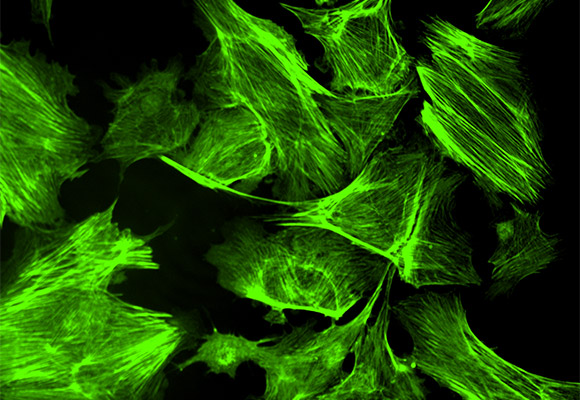 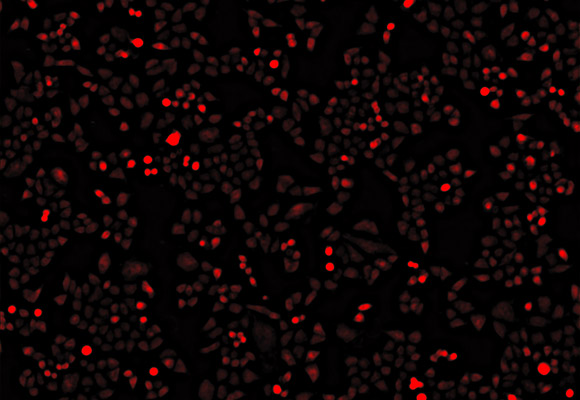 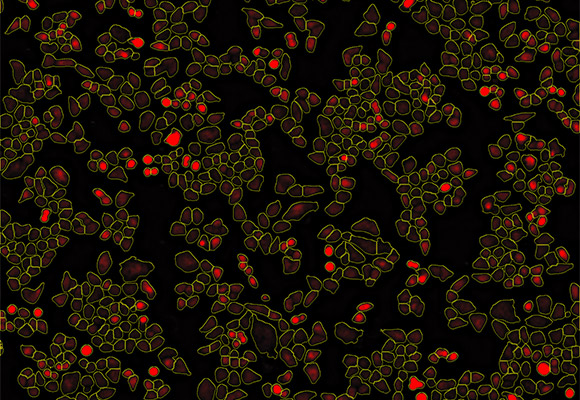 Motorized epi-filter has motorized shutter and 6-position for filter cube. DAPI, GFP, TRITC is included as standard, and more filters are selectable

Cell biologists are increasingly seeking techniques to perform live-cell imaging experiments. However, it is difficult to work on each cell image. Image ExFluorer proposes AI technology that facilitates data analysis for researchers at the forefront of the bio industry. Image processing, which was previously difficult or impossible, will provide researchers with customized solutions and convenience with more advanced technologies through AI system. Comprehensive cell recognition will reduce your time by applying various tasks collectively.

Many researchers spend a lot of time analyzing cells. As separate standard is established for each image, it takes a lot of time, and the data varies depending on the operator’s proficiency. However, AI system enables integrated processing, allowing more sophisticated and faster processing of images.

– Image Clarification : It is a technology that finds the origin of fluorescence through a pre-trained algorithm and makes to clear the phenomenon of blurring in addition to Cell Signal, one of the disadvantages of existing wild-field microscopes. This greatly helps to effectively control the blurry image of fluorescent images to implement the shape of real cells.

– Image Restoration : Many researchers are worried about cell damage caused by strong light. Some cells are extremely sensitive to phototoxicity and need to be photographed as quickly as possible. However, it effectively restores images that have been compromised due to a small amount of light. This can be applied effectively in sensitive cells.

– Image Segmentation : It is very important that computers recognize the cell areas. This is because various data can be obtained by designating regions. If there is not much difference between the cell signal and background value, it is not easy to obtain the desired data if the criterion is given as a traditional threshold value. However, using this feature will enable researchers to learn the areas they want to use on the computer, and will accurately set up the cell region through various criteria. Researchers can do a batch of integrated processing without having to work on multiple images of the same cells one by one.

– General Analysis 3(GA3) : GA3 creates a playground for integrated process from imaging to analysis and data management. Users can build algorithms that fit their user objectivity by linking desired functions to the image. Through these tasks, a number of images can be performed in an integrated manner according to the specified algorithm.